Abstract
After a short philological review of the present knowledge on the otter <em>Lutra lutra</em> in Veneto Region (north-eastern Italy), the Authors refer the positive results of a first short otter survey in Venetian Alps, confirming the natural return of the otter in the Province of Belluno. These are the first sure data from Veneto Region in the XXI century, which opens new perspectives of research aimed at understanding the situation to promote the conservation of the species in north-eastern Italy.

The cause of the past dramatic decline of the otter Lutra lutra all over in Western Europe is not yet fully understood, but probably was multi-factorial (Reuther & Festetics, 1980; Panzacchi et al., 2011; Hung & Law, 2016). Otter population collapse, indeed, has been due both to the high diffusion of organo-chlorinated pesticides and PCB pollutants in European trophic-chains, to habitat losses, to road kills, hunting and poaching, all independent factors which acted synergistically (Reuther & Festetics, 1980; Loy et al., 2015). The Italian status of the otter in the 50’s-70’s of the XX century mirrored the West European situation of the species, to the point that at the beginning of ‘80s only about one hundred otters survived in central-southern Italy (Macdonald & Mason, 1982, 1983; Lapini, 1985; Cassola, 1986).

The data published by Righetti (2011) for Alto Adige/South Tyrol seem to be in good ecologic continuity with northern Veneto and one data collected by Lapini et al. (2020) is referred to the watershed between Piave and Tagliamento River-Catchments (Forni Avoltri, Udine, June, 15th, 2019: Lapini et al., 2020: 45), quite near to the regional boundary between Veneto and Friuli Venezia Giulia. The first record of XXI century on the presence of the otter in Veneto -referred to a possible sprainting site observed upstream of Sega Digon (Belluno Province) during 2019- has been communicated as a putative otter datum to various regional officers of the public Administration of Veneto Region (dr. S. Calderola) and to the Province of Belluno (dr. S. Vendrami), but it was never confirmed in the field, in spite of various attempts conducted between September and December 2020 (Stokel et al., 2022). In order to verify this putative information a preliminary bridge otter survey has been performed in the same brook-system quoted by Stokel et al. (2022) and surroundings.

The first attempts to find Eurasian otter have been conducted between October, 28th, 2022 and November, 15th, 2022 in the North-East alpine area of Belluno Province. A preliminary otter survey was carried out searching for otter spraints under 34 suitable bridges (the bridge suitability was evaluated according to Lapini et al., 2020). Surveyed bridges were distributed along streams of various alpine brook-systems the northern part of Belluno Province, within six cells of the ETRS LAEA 1989 10×10 km grid cartographic system (Fig. 2).
Otter spraints were determined both for their morphology and general aspect, for their contents and particularly for their diagnostic smell. This last is surely the best diagnostic character to distinguish Lutra lutra spraints from undigested bird pellets (airons, cormorants and gulls) or faecal remains of American mink, stone/beech martens, polecats and other mammals (Macdonald & Mason, 1982, 1983; Lapini, 1985; Cassola, 1986; Hung & Law, 2016).

At present our preliminary survey allowed to collect otter spraints only in Val Digon (November, 12th, 2022: Figgs. 2-5). These data confirm the indication of Stokel et al. (2022), referred to one putative unpublished datum recorded by S. Filacorda on March, 19th, 2019 in the same brook-system.

This new finding seems to confirm its validity, also indicating that almost four years later Lutra lutra is still present in the same alpine brook-system. From the review of all available sure record (Lapini et al., 2020; Stokel et al., 2022; present paper) it is so possible to hypothesize that the otter is came back to Venetian Alps since about four years. It is not a trivial thing, because in oligotrophic mountain-environments is not easy neither to find otter signs (for a researcher), nor to survive for a such long time in the same alpine brook-system (for an otter).
At present is impossible to evaluate the current status of the Eurasian otter on Venetian Alps, but the autumn marking activity made by otters in the surveyed mountain-brooks seems to be low, with only one positivity on 34 surveyed bridges. A very low positivity rate (2,94/%), but surely a concrete starting point to stimulate extensive otter surveys in the whole Veneto Region. For as concerns the provenience of the otter that lives in the studied brook-systems of the high Province of Belluno at present it is only possible to hypothesize that it cames from Austria or Alto Adige/South Tyrol rather than from Friuli Venezia Giulia Region (see Righetti, 2011 and Lapini et al., 2020).

In the prosecution of further otter surveys on Venetian Alps it seems anyway appropriate to combine other techniques and methodologies, such as camera-trapping on previously identified sprainting sites and search-paths of at least 600 meters along the riverbanks, as usually recommended by the Otter Specialist Group (e. g. Lapini, 1985; Cassola, 1986; Panzacchi et al., 2011; Loy & Fusillo, 2016). The combination of several techniques, in fact, usually ensures better results in the conduction of otter-surveys (Panzacchi et al., 2011; Loy & Fusillo, 2016; Stokel et al., 2022). A particular attention is now needed for all the Alpine and Pre-alpine areas of the Veneto Region, both to increase the data about the present distribution of the otter on these mountains and for a detailed monitoring of its natural recovery in Veneto Region. On the base of the quick recovering of the species in similar neighbouring areas (Righetti, 2011; Lapini et al., 2020; Kranz & Poledník, 2020; Giovacchini et al., 2021; Stokel et al., 2022) seem to be quite probable that also in Veneto the recovery and expansion of Lutra lutra will proceed very quickly. 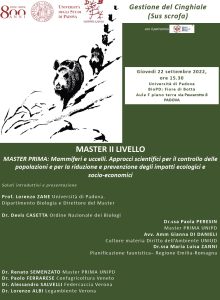 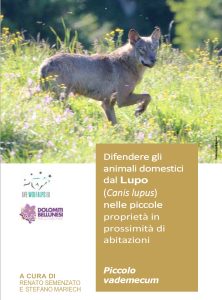 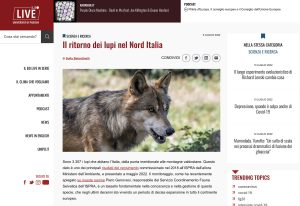 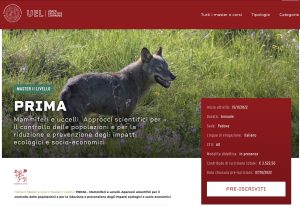